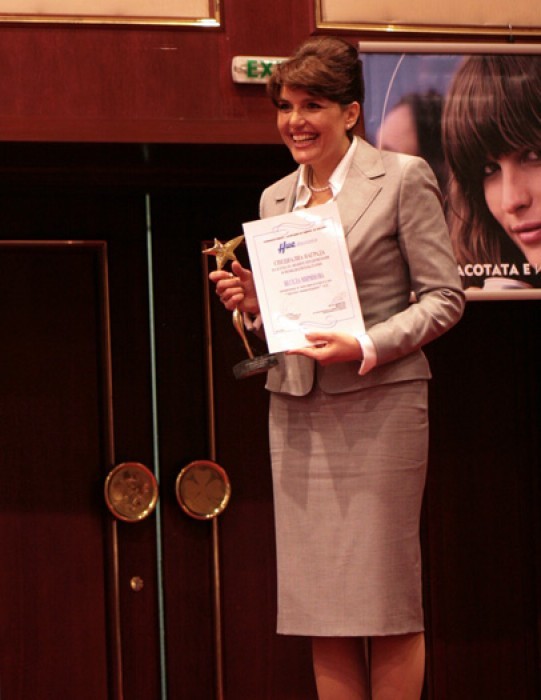 On 9 April2009, the magazine Nie Zhenite (We, the women)and the Business Club of women entrepreneurs announced theBusiness Lady of 2008. This is Architect Vessela Mirianova, vice-president of ARTEKS ENGINEERING AD.

At the official ceremony in Kempinski hotel, Mrs. Mirianovareceived the big prizepersonally from the patron of the event Mrs. Zorka Parvanova. Mrs. Mariyana Pecheyan congratulated the winner too and gave her the award of the Business club of women entrepreneurs.

The ceremony was also attended by the ministers Peter Dimitrov, Valeri Tsvetanov, Emiliya Maslarova, the Chairman of the Sofia Chamber for Commerce and Industry - Mr. Georgi Chernev, Mrs. Vessela Barbukova – a business lady and construction entrepreneur herself, Mr. Emil Popov – member of the Managing Board of the Sofia Chamber and others.

With excitement spread out to the audience, the award winner dedicated the prize to her daughter. Arch. Mirianova, who has been writing poetry for years, for the first time read out her poem, which was accepted with a storm of applause.