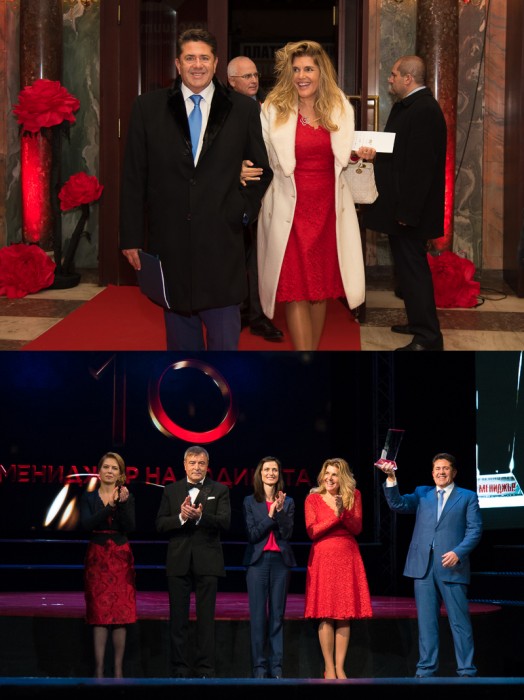 Architect Plamen Miryanov, owner and chairman of the board of directors of ARTEKS ENGINEERING AD, is the winner of the tenth title of "Manager of the year" for 2017.

"Applause for the wonderful Bulgarian business! This award is for all the true Bulgarian decent business, for all people who follow the spirit of the Bulgarian Revival and build the future of Bulgaria. Believe in Bulgaria, please let us all put it together to excel in Europe, "were the first words of architect Miryanov. He broke the script and invited his wife, who is also a longtime partner in the company, to share the prize and raise the Crystal Statue of Manager of the Year together."

"The envelope bearing the name of the winner of the title "Manager of the year 2017" was opened by the Bulgarian commissioner Maria Gabriel, who specially arrived from Brussels to hand over the crystal statue to the winner. "Europe should more often listen to the Bulgarian finalists in the" Manager of the Year "competition - this message I will take with myself in Brussels," she said at the end of the gala ceremony a few minutes before it became clear who was the winner of the most authoritative business competition in the country."